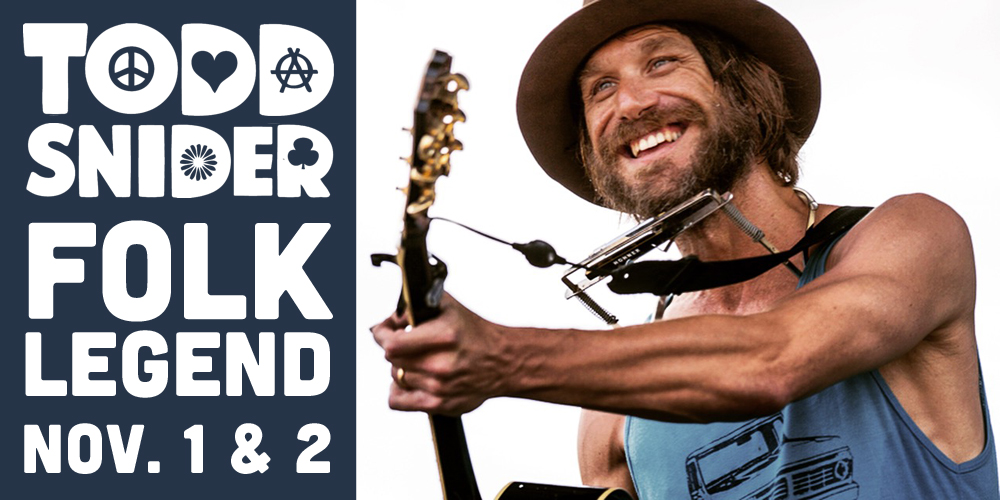 ​Todd Snider’s called many places home — Portland (OR), Austin (TX) and most recently East Nashville, Tennessee where he’s become a true folk songwriting legend in a town filled to the brim with musicians trying to make it big.

But Todd’s big break came in the mid-1990s by way of Key West (kind of) when our island’s own most famous troubadour — a guy by the name of Buffett — discovered him, took him on the road, and signed him to his label. The rest, they say is history.

Since then Todd Snider has played around the globe, entertaining audiences at his legendary live shows with a mix of smart, witty songwriting and between song storytelling that is as personal and hilarious as it honest and thought provoking.

We’re beyond excited to bring Todd down for two shows — both very different in their own way — and we hope you are, too. The first show is at The Studios of Key West on November 1 at 8:00pm and the following night we’ll host an encore show at our place in Stock Island.

Tickets will go fast — early interest has told us that — so grab them while you can!