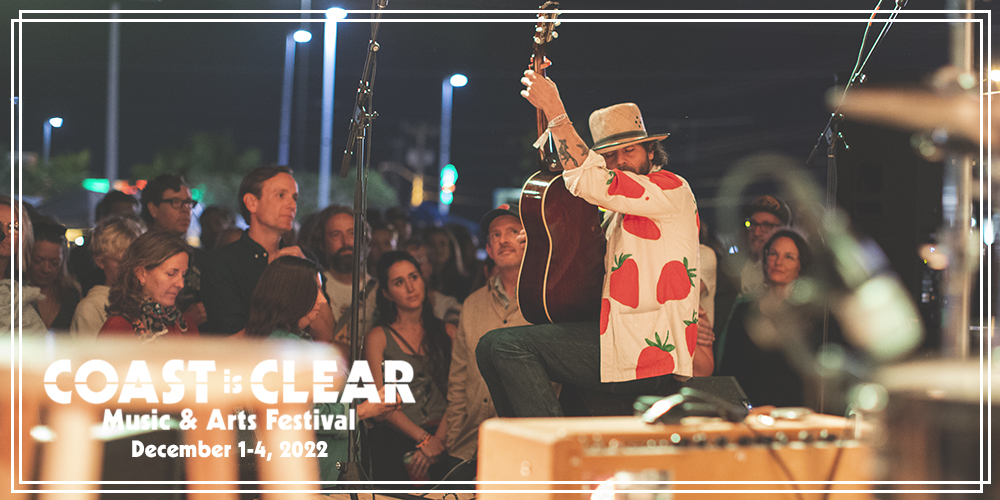 History: From the Backyard to the Big Stage…

The COAST Is Clear Music & Arts Festival started as a series of small backyard concerts in the wake of Hurricane Irma’s devastation of the Florida Keys in the fall of 2017. At that time the gatherings served as local fundraisers as well as a collective community celebration marking the official end of the Atlantic Hurricane Season, which happens annually on December 1.

Each year since — with the exception of 2020 — we’ve produced the event which has evolved into a well-curated weekend-long cultural festival in early December.

And through the last half decade, the event has grown organically with a steady stream of top-notch talent from the folk and Americana music scene gracing small stages and playing intimate sets around the island for traveling fans and local music-lovers alike.

In 2021, we joined forces with Key West Art & Historical Society — a longstanding island arts (nonprofit) institution — and together used our shared resources to broaden the scope and impact of the festival’s vision. With KWAHS’s beautiful waterfront venue at Fort East Martello and our close, friendly connections with the best bands in the scene, this new partnership proved the perfect pairing.

Last year’s fest — at the much larger, but still utterly charming and picturesque Parade Grounds at Fort East Martello — brought with it a heavy lineup including the six-time Grammy nominated Black Pumas and folk rock luminary Phosphorescent as well as Coast Is Clear veterans Langhorne Slim, Rayland Baxter, and SUSTO. The bands, soaking up all the island had to offer, played to a packed house at The Fort with extended sets and collaborative jams, before heading downtown to play impromptu late-night dive bar shows off Duval.

Coming off a flawless production and speaking to a loyal and growing fanbase, the 2022 festival will see a more diverse program with a deeper lineup and shows starting Thursday, December 1 and running all the way through Sunday evening — including two full days at Fort East Martello as well as theater shows in Old Town and unannounced downtown sets at favorite local haunts.

The COAST Is Clear Music & Arts Festival — with its end of the road charm and humble origins — has truly, and independently, become a boutique cultural showcase mixing a world-class festival bill with the best local scene that Key West has to offer.