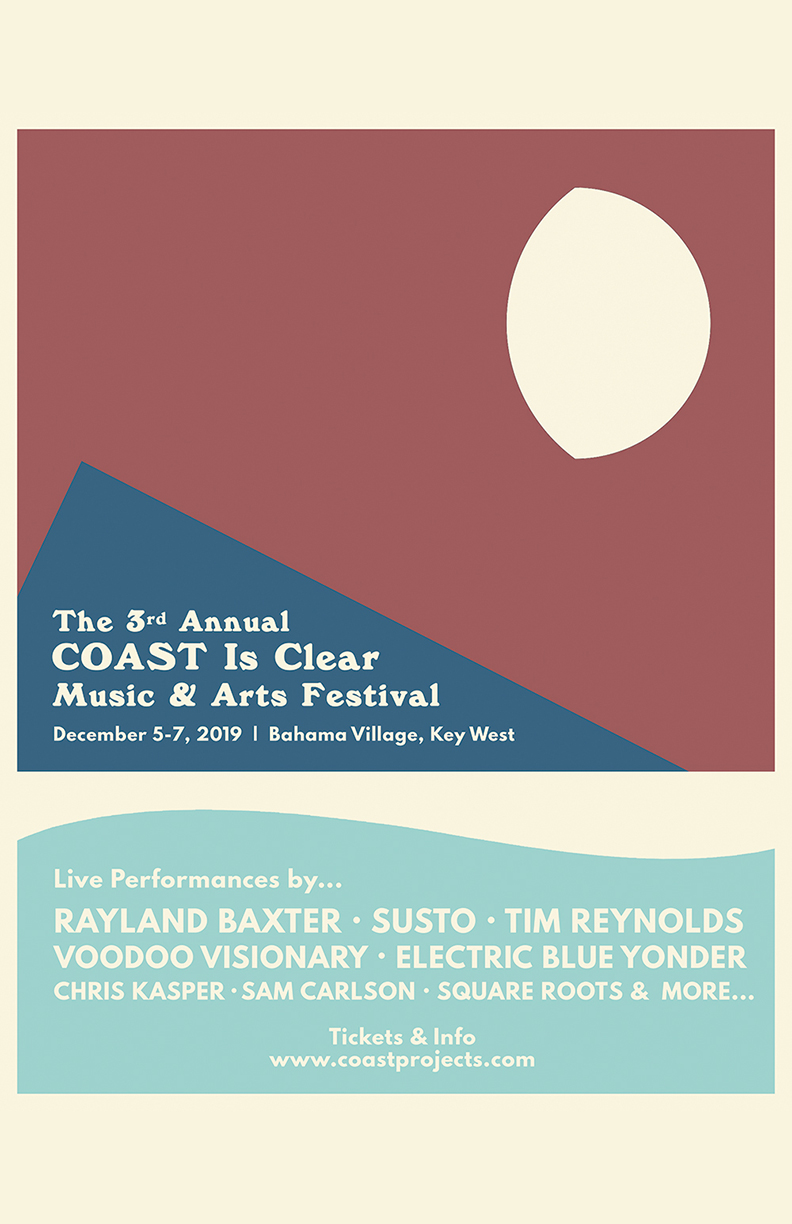 Join us for the third annual COAST Is Clear Music & Arts Festival this December 5-7 in Bahama Village, Key West.

We started this festival two years ago to celebrate the official ending of a particularly difficult hurricane season down here just months after Irma tore through the Lower Keys. Then, the main goal was, and still is now, to get the community together at a time of year when things really start to change on the island. Beyond surviving the sweltering summer heat, storm season and the tumbleweeds of the slow fall months we want to acknowledge and appreciate the arrival of the first cold fronts and the opening of high season.

This year we’ll welcome back Rayland Baxter — now with his full band — as well as one of Charleston’s biggest current acts, SUSTO, who will be playing solo as well as collaboratively with other bands. We’ll also be graced by Tim Reynolds, the lead guitarist virtuoso for Dave Matthews Band, when he passes through for his annual stop at Green Parrot.

We’re also excited to have another great band at Green Parrot, Voodoo Visionary, as well as fellow southerners and spacefolk rockers Electric Blue Yonder out of Montgomery Alabama who will play a few shows throughout the neighborhood.

Songwriters Chris Kasper and local boy Sam Carlson (& Co) will also take over various stages during the weekend. And there’s more to come, so stay tuned…

Events for the weekend will take place at a variety of venues throughout Bahama Village with the main show happening December 6 at The Key West Lighthouse. That Friday will feature music all afternoon and evening as well as an arts market — so you can get your musical fill and catch up on holiday shopping in one stop.

The schedule and line-up is evolving, so please stay tuned on social media including Instagram and our Facebook event page.

Tickets are on sale right here, so grab them while you can…

We look forward to seeing everyone there!