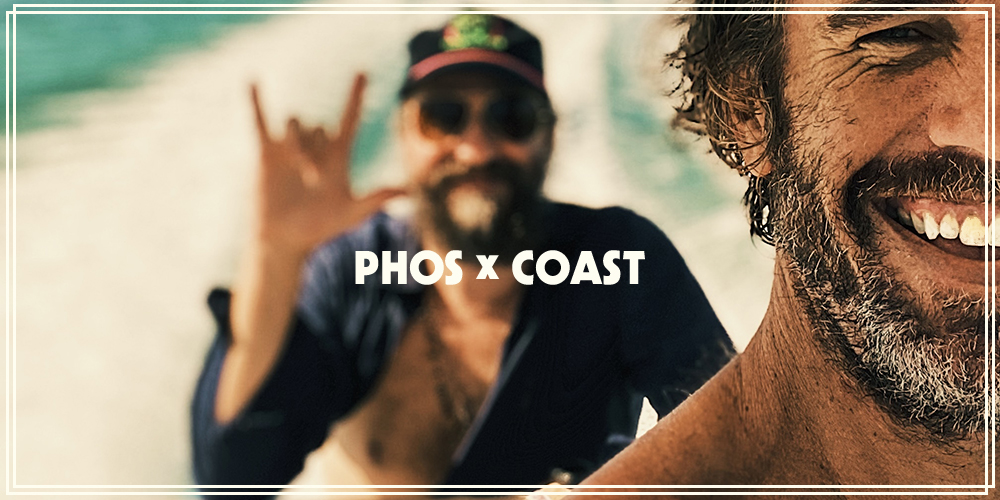 A new COAST Projects collaboration is in the works — and while you could say this one was born directly out of the COAST Is Clear Festival weekend this past December, in my head it started a few years back, so let’s begin there.

It was probably early-2019, and I was screen printing shirts on the front porch at COAST like I often do.

Drop the screen, drag the paint, flood it back, quick fold, then set on the ledge to my left where the sun has just peeked over the roof to dry the ink quickly — repeat.

The window to my right is open and a speaker straddles the sill — songs whistle from inside the shop and breeze past me onto Whitehead Street where tourists bustle by in search of Hemingway’s house just one block away. They sometimes stop, gawking at the archaic t-shirt-printing-machine that is magically putting painted designs onto otherwise blank t-shirts.

I pay no attention — lost somewhere in the moment.

Then, on that particular day, a song came on that hit me like few ever do at first listen.

It was New Birth In New England and a moment that reacquainted me with Phosphorescent. Up until then, he was never a mainstay on my rotation, but since then, he’s pretty much been tops.

Beyond being a designer and printer, for the past decade I have been weaving my love of music into the COAST brand through a series of sporadic concerts. To call it DIY concert production and promotion would be an understatement, but down here at the end of the road, where quirky is king, we’ve found some small success. Our backyard concert series has brought some pretty big names to a tiny stage, and over the years the series has grown into a small, but mighty festival that we host in early December to mark the official end of Hurricane Season — hence COAST Is Clear.

And in December 2021, my years-old daydream of meeting the guy behind New Birth In New England became a reality when he arrived for the festival…

I picked up Matthew and (Langhorne) Slim, both arriving from Nashville for the festival, in my old Ford — three across the bench. I always pick the artists up myself so that they understand immediately what (and who) they’re dealing with.

This won’t be like that string of classic theater and hip club shows you just played on the nationwide tour — you’ve made it to the literal “end of the road”, so take some time to enjoy it. That notion usually comes with an unspoken sigh of relief, transporting artists back to simpler times when the stakes weren’t so high. Key West will do that to you folks.

Matthew’s planned two nights on the island soon turned into a full week of soaking up all that Key West had to offer. He became “Phos” to my kids and me. A dozen or more rides in the truck bed, a couple boat trips, a solo set at a waterfront Civil War fort, bike rides, roosters, sunsets, and moonrises offered just enough time for a two-minute conversation about a t-shirt that went something like this…

Me: Hey, man, we should do a t-shirt collaboration.

Me: What are you thinking for an angle?

Phos: I don’t know. Maybe 70s or 80s beach vibe — seems like that’s in your wheelhouse.

Me: Right on. But all your shirts are black. I don’t really ever print on black. Can we settle on navy or something?

Turns out that Phos took the extra days in Key West to develop his Full Moon Project, and when he announced it a couple of months back — shortly after returning home from the trip — we had a more finely-tuned angle for the shirt. As if by fate, I had recently taken a shot of a full moon rising over the Gulf of Mexico, and that image became the basis for the design.

With that, I sent a quick mock to Phos and got an immediate, “Shit yes, man.”

Now, you all can buy them for the next two weeks during the limited edition pre-sale. Then I’ll print them on that same porch where I heard the echoes of “Don’t I know you?” — and you can become part of that same story, too…