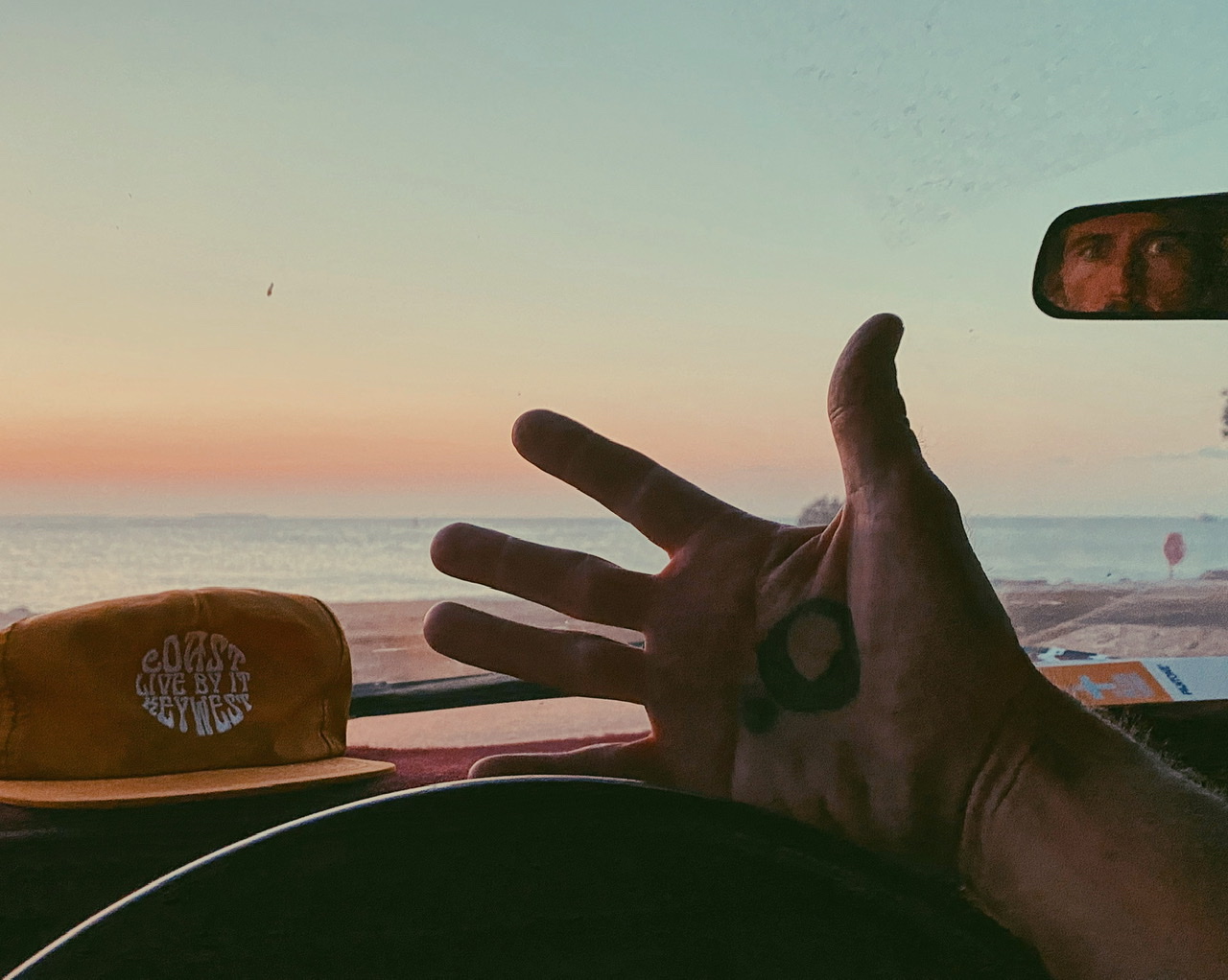 If I have one regret from growing up, it’s that I focused so much time and attention on competitive sports. These days, aside from putting up decent numbers during my Tuesday night coed softball games — and being able to throw batting practice to Kristian and his team without being laid up for a week — sports haven’t really offered me anything noteworthy since college.

This is a roundabout way of saying I wish I had spent more time focused on activities that I could still be enjoying today — making music is the prime example.

Those of you who know me, know that, while I can’t really play a lick, music is still a big part of my life. I’m not saying it’s too late for me to start playing, but at this point my main involvement with music has been on the “appreciation” side of the equation. I’ve done this — through COAST over the last decade — by pioneering the ticketed live music scene in Key West. Prior to our first concerts on Stock Island back in 2013/14, there was essentially no ticketed live music on the island, save for an occasional throwback concert, an annual reggae fest, or a weekend-long festival once a year.

We changed all of that with our early — and wildly successful — renegade concerts bringing the likes of Mason Jennings and G. Love & Special Sauce then Todd Snider, The Revivalists, Langhorne Slim, Yonder Mountain, Rayland Baxter and a host of others to a tiny boatyard on the wrong side of the tracks for a sporadic series of unpermitted, underground, and unforgettable nights of music.

Since then, a number of other live music outfits have come along and done a tremendous job bringing more consistent, broader reaching, mainstream concert programming to the island. And now, 2020 aside, Key West has become a destination for festivals and concerts with world class theaters and a new outdoor amphitheater open in town. And while we’ll still continue bringing down our favorite artists to play non-traditional shows when it feels right, I like to think our greatest accomplishment musically was proving there was a demand.

Along this thread, it’s worth noting that even though I don’t play music per se, I’ve come to consider COAST as my own sort of band — the house band and opening act for all of these amazing performers and friends who have passed through Key West on their way to play shows in much larger cities and venues.

From our earliest days, I’ve been fortunate enough to surround myself with a raucous bunch of friends and folks who have been “instrumental” in helping push COAST’s creative envelope and elevating our ragtag artist collective from experimental garage band status to a more refined crew who have gained a level of recognition and notoriety worthy of acknowledgement and acclaim.

So as we approach our tenth year as a band called COAST, I’d like to look back at what we’ve accomplished while looking forward so you can all know what to expect. And for the year ahead, those two things — looking back while moving forward — will go hand in hand.

For the year ahead, our focus will be paying homage to and re-releasing our most popular designs and prints — a greatest hits anthology of sorts. All of the designs and projects that have kept us alive and moving forward for nearly a decade will be re-issued and re-mastered throughout the year and will be available both in-store and online.

From early samples during our first years in Stock Island with the founding crew of Ryan, Litmer, Nolan, and Cayman to our experimental growth and transition period with Austin, Higgins, Banger, and Jason to more recent collaborations and works in Old Town on through the pandemic with Caleb, Nate, and Micaela — we’ll be looking back on our old albums and collective catalog to highlight the best of the best.

And considering we’ve always been proud of being our own independent label — even though more than a few times we’ve been courted by folks looking to “take us to the next level” — we’ll be re-releasing and distributing all of these hand-pressed hit tracks on our own, from the fabled porch and humble studios at The COAST Outpost in Bahama Village.

So how will this look and what can you expect?

Well, we have a solid track selection we’re already working with — and we’re in the process of re-shooting screens, reconsidering colorways, and reprinting your favorite t-shirt designs in new and relevant formats. A new album cover complete with liner notes is also in the works.

At some point, we’ll also ask for your input on some of the designs you’d like to see again — maybe some deeper cuts on the B-side? As well, we’ll add some new encore tracks and secret songs to keep things fresh. All in, we’ll have a solid “Volume I” of our greatest hits compilation with tracks being released throughout the rest of 2021. All of these will only be available in-store at The Outpost and online via our website.

So here’s what you can expect in-store (at The COAST Outpost) and online in the near future and beyond:

- We’ll be streamlining the online store and offering only a limited amount of designs and inventory throughout the year. This is an effort to increase our efficiency and shorten our shipping lead times. We’ve never really been set up properly for online order fulfillment, so we appreciate everyone’s patience with our sometimes slowish pace to date. Moving forward, we have systems in place to make this process more fluid.

- At The COAST Outpost — our creative studio space and brick-and-mortar retail location — we’ll continue to play with new designs throughout the year. Being experimental in nature, these designs will be released in smaller runs for short periods of time. Because of this, we will not add them to the website, nor will we handle inquiries via email or online messaging — it’s simply too chaotic and often puts us in a position where we promise something we can’t deliver on.

- However, there will be an exciting new way to purchase the limited edition goods. Once a month, we’ll make a social post highlighting a few of the new, experimental designs, and for those of you who aren’t local or in town visiting, you can call us during shop hours — only on that day — and if we have what you need, we’ll run your card, package your order then and there and ship it the same day. This is as close as you can get to being in-store — almost a hybrid online/in-store shopping experience.

- Because of the kind of nostalgic-catalog-old-school feel of the transaction, we’ll only offer this option each “Throwback Third Thursday”.

- Side Note: We’re looking into rotary phone options to complete the look.

Okay, per usual I’m on an extended stream-of-conscious ramble, but it’s only because I’m excited.

And now, more excitement — well, at least for me anyway, as the self-appointed band leader.

During this year of our greatest hits as we look back on our most beloved designs and projects and pay respects to our radical fanbase, I also want to announce that I’ll be embarking on a few solo projects of my own.

The past few years have been trying on a number of levels — mostly personal ones — and it’s sometimes been hard to convey what’s going on in my head through the lens and voice of COAST alone. There’s a lot I want to say and need to accomplish that goes beyond the beach and involves more than boat days and bike rides. Those things will always provide stability and inspiration in my life, but I feel the need to have an outlet creatively, artistically and even aesthetically, that offers more freedom and room for experimentation.

With that said, I’m excited to announce my personal website — a solo album of sorts. It’s a place and a platform to write, create, and express the things that are important to me outside of COAST. Expect to see a lot of about my kids, who have always been my biggest inspiration. I’ll also be documenting personal projects, as well as posting photographs and other works that exist beyond the boundaries of COAST. It’s not really a place to sell my works — or myself — but if something strikes your fancy or you’re up for a collaboration, please get in touch.

Here’s the link — it’s about as simple a domain as I could come up with: www.kearins.com.

I’ve made an introductory post — kind of a “Part II” to this post — and you can link to it directly right here.

All of this said, and as I always say, “stay tuned” — whether that’s here at COAST or over there at my own website and studio.

Finally, thanks again to everyone, for all of the tremendous support over the years — and for keeping a small, local business and a boat full of dreams afloat even when the waters got rough.