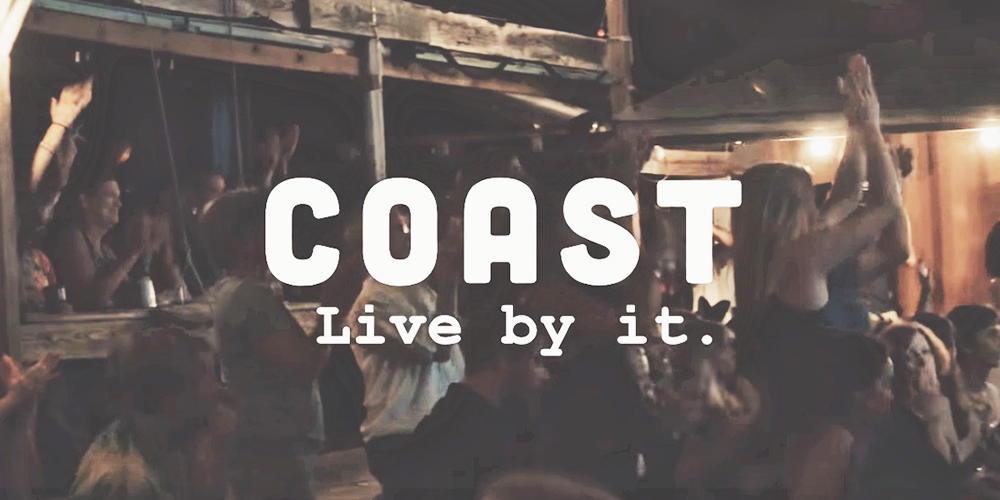 It’s been more than five years since we hosted our first show at the original COAST shop on Stock Island. We built the stage by hand the night before the Hackensaw Boys took to it. The show that followed — a wild, ground stomping, hootenanny changed the course for us at COAST.

As the dust settled, so did we — on our mission to bring new and relevant live music to the end of the road. Since then, we’ve hosted dozens of amazing concerts with world-class artists at venues — large and small — from the other side of the tracks in Stock Island to the tip of Sunset Pier in the heart of Old Town.

We don’t do it for the money. If a show sells out, the money from ticket sales scarcely covers the artist’s fee and production expenses — stage, sound, lights, etc.

For the past five years, most of our shows have sold out by the time the artists hit the stage. Some, like the first performance by G. Love and Special Sauce — which coincidentally took place exactly four years ago today — sold out in 24 hours. Others sold out the night of, with hopeful attendees lining up for the last of the stash.

That said, speaking as a small, local, independent concert promoter, the best thing you can do to support us and the music we bring, is buy your tickets early. We have limited resources — time, money and staff — so if we are promoting the show and selling tickets up until the very last moment that means that our limited resources are spread even thinner and our full focus is taken from the actual production.

Our next event, the Third Annual COAST Is Clear Music & Arts Festival, is bringing together a rare group of talent willing to play a backyard party in the Bahama Village even after they’ve sold out Red Rocks or walked off the main stage at Newport Folk Fest. They do it because they want to connect with their fans on an intimate level. They do it because they love Key West for the same reasons we all do.

How many artists will still do that? How many people can say they’ve seen performers of this stature play a tiny stage in their hometown?

That said, if the music or this message strikes a chord, buy your tickets early. Maybe give some to your friends — as a gift, as a thank you, or simply because you want to dance and sing with them under clear skies and moonlight with the promise of busy season just ahead.

To help make that decision even easier, and as a thank you from all of us at COAST, all tickets and passes are 50% off through Friday.

Thanks again to everyone who’s been along for the ride on the COAST Concert tour over the years. It’s been a hell of a trip. Here’s to another season of extraordinary shows and extended encores…

NOTE: Use the promo code ‘coastisclear’ for 50% off through Friday — purchase tickets here.